The conference was co-chaired by Paul Safonov, Russian Academy of Sciences and Carsten Stahmer, Federal Statistical Office (FSO) of Germany. About 50 participants from Austria, Belgium, Belarus, Canada, France, Germany, Iran, the Netherlands, Poland, Russia, South Africa, Taiwan, UK, Ukraine, USA attended the conference, presenting their research and taking part in discussions of advances in ecological economics approaches to environmental accounting and valuation for decision and policy making by government and business in transition to sustainable development. On the photo (from left to right): A. Friend, P. Safonov, V. Soroka, V. Litvinov at the Opening Session.

Plenary session on theory and applications of SEEA was opened by a lecture of Peter Bartelmus (UN Statistics Division, NY) on “Greening the National Accounts: the United Nations System of Integrated Environmental and Economic Accounts”. SEEA is an extension of the world-wide adopted System of National Accounts, the SNA. The System incorporates environmental assets and their use in monetary and non-monetary terms. As a result, physical flows of materials and residuals are recorded and environmentally adjusted economic aggregates, including capital, cost, value added, capital formation and net domestic product, are obtained. These indicators might permit the assessment of the sustainability of economic growth and underlying production and consumption patterns. Related economic and non-economic welfare effects affect the sustainability of “development”. Those effects will have to be measured by means of alternative data and indicator systems.

A discussion on valuation and pricing was organized by Anthony Friend, Canada, who presented his plenary contribution on “Unearthing the true exchange rate between the physical-valued and the monetary-valued environment: concepts and methods for ecological pricing”, followed by a paper of Peter Bartelmus on “The Value of Nature: Valuation in Environmental Accounting”. In particular, Peter Bartelmus cautioned about the usefulness of abstract modelling. Such models typically use smooth production and consumption functions, assuming perfect substitutability of production factors and consumption goods – this might not reflect real-world economics. He also suggested to take a more critical view of recently proposed indices of genuine progress (GPI), global value of natural systems, or (sustainable) economic welfare.

Panel Discussion on SEEA was moderated by Carsten Stahmer, who gave practical example of implementation of SEEA in Germany. Thanks to financial support, provided by German FSO, 10 official representatives of statistical agencies from Russia, Belarus and Ukraine took part at the meeting, exchanging ideas from their practice on green accounting and respective SNA improvements. On the photo, left to right: Yu. Ivanov, V. Tamashevich, A. Rodin, C. Stahmer, L. Volkova (?)

A session on Environmental Economic Policy Mechanisms was chaired by Frederich Schneider, University of Linz, Austria(on the photo), who in his presentation tried to give an explanation, using the public choice approach, why in representative democracies in which political entrepreneurs act according to selfish utility maximization an environmentally oriented policy has hardly any chance of being realized. The paper differentiated between voters, politicians, interest groups and bureaucracies behavior and showed that there are conflicts with other policies, as well as provided suggestions how to overcome these difficulties. The paper of Ernest Partridge, USA, was giving a strongly argumented critics of free-market libertarians who contend that government regulation of environmental protection is unnecessary. Joanna Ejdys, Bialystok, spoke about environmental program for local authorities in Poland. The problems of ecological security of agrosystems were discussed by Sergey Andriushenko, Saratov, Russia. European experiences of environmental regulations were presented byGrйgory Schneider-Maunoury, France, who gave several lessons from a comparison of French and Dutch case studies.

The initial session of the three focusing on sustainability dealt with urban issues, and included reviews of work from three cities on three continents. John Nettleton, with Cornell University Cooperative Extension in New York City, reported on an educational strategy that trains residents to rebuild the regional food security system in the New York region, in part a response to demand for organic produce that has increased nationally more than 20 percent annually since 1990. Shu-Li Huang, Taipei, Taiwan (left on the photo), outlined the conceptual framework for an indicator system that measured Taipei’s sustainability. Anthony Lumby (right on the photo), spoke on local Agenda 21 and the city of Durban, South Africa, focusing on the challenge of developing a sustainable economy. The response and questions posed to panel presenters by participants clearly showed that practitioners and strategists in cities and regions throughout the world are continually evaluating and revising municipal strategies in response to a shared awareness of the critical role of sustainability in development.

Regional sustainability was the topic of the session chaired by Paul Safonov, Moscow, who together with his co-authors presented analysis of renewables, new technologies, and policy issues to increase energy efficiency for sustainable development in Russia. Problems of sustainable ecological economic development of the Saratov province were discussed by Anatoly Popov, Russia. Rob Dellink of Free University Amsterdam introduced results of the analysis of sustainable economic structures scenarios for sustainability in the Netherlands. Prerequisites and proposals for the Russian strategy of transition to sustainable development were discussed by Pavel Kasyanov, Moscow, who participated in elaboration of suggestions for such policy on the federal level. An ecological-economic model for evaluation of impact of catastrophes on regional development was applied to analysis of the situation in the lake Baikal region in the paper presented by Dmitry Urbanovich, Irkutsk, Russia.

Session on local and global scales of sustainability covered a wide range of problems from choosing environmental efficacy indicators for transportation decision making, discussed by Manouchehr Vaziri (Teheran), to the intergenerational contract and maintenance of public capital, studied by Fred Mear, Leicester, UK. Integrated ecological-economic analysis of transboundary river basins for sustainability was given by Carolin Lorenz, Amsterdam, followed by a discussion of ecological debt and decision making in nature use management on a regional level in the paper of Irina Glazyrina, Chita, Russia. Two presentations from Novgorod State University tackled respectively importance of international cooperation in transition to sustainable development (Nikolay Semchuk), and results of a case study of regional sustainability program development for Novgorod province (Vladimir Litvinov).

ISEE Russian Chapter Business Meeting took place during the Conference, where the perspective activities were discussed, such as creation of the ISEE/RC web site to highlight the research in the field of ecological economics and provide an easy access to various practical information on the territory of Russia, where the Internet services are rapidly developing nowadays. This site would be maintained both in Russian and English languages to facilitate extended international cooperation. Boosting membership in ISEE would be one of the primary goals (till recently, it was registered only about 50 members since creation of Russian Chapter in 1993). Restructuring of the governing bodies of ISEE/RC was also under consideration, and it was proposed to extend the Regional Council on Ecological Economics, to which several officials and well known academic persons will be invited to take part in discussion and drafting strategies of policy making for sustainable development in Russia. The new officers staff will also be elected, as decided at the ISEE/RC business meeting. It was particularly discussed to have two vice presidents, who would share responsibilities respectively for Policy Making and Publications, and Conference Planning. Several candidates were already proposed to the opening positions. Elections will be held during September 1997 as a two-step procedure, which will make it possible for all ISEE/RC members to propose and then vote for the candidates by e-mail. Arrangements for the next, fourth, international conference were also on the agenda: “ISEE/RC’99″ is scheduled for summer 1999 to be held at Saratov on Volga.

The main findings of the conference were summarized at the final discussion, and a book of conference papers was planned to be published (such possibility was preliminary discussed with Edward Elgar Publishers Ltd.). 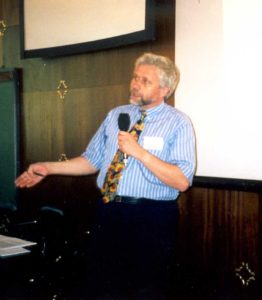 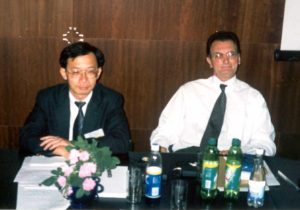 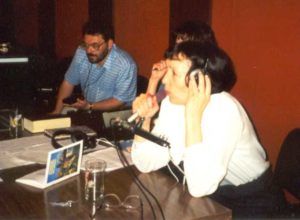 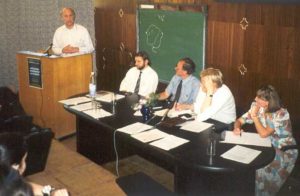 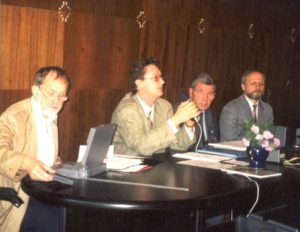 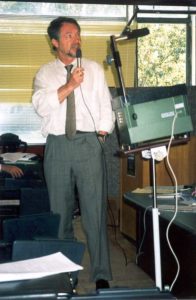 Information about the company